I have two decks that are about 7 or 8 years old.  I had it stained in October 2019 with Vermont Natural Coatings Polywhey Almond brown (I have health problems and need something with low VC's).  It worked well but with the last couple really hard winters here the deck was needing it again so I had ordered the same stuff and had it applied again by a professional last September.  He did a wonderful job and the deck looked great.  The water beaded as it should.

The problem is this spring I noticed white areas under the eves (among other places) that looked as though they were never treated at all.  Also one board looks as though it is oozing pitch.  I have never had that happen before, let alone on a deck that is 7 or 8 years old.  A new deck perhaps but one that is this old?

I am thinking I got a bad batch of stain.  Has anyone else ever seen this before?  Below are pictures of one deck and the board that is oozing.  Another odd thing, one deck has heavy rubber traction mats on the steps and landing.  Under them the deck still looks much better/stained.

Suggestions?  Thoughts?  Should I have that one board replaced? 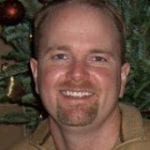 The oozing is sap and has nothing to do with age of the wood or the stain. It is normal for a stain not to fade compared to the rest of the deck if covered by a rug or mat.

Ok, if sap has nothing to do with age of the wood or the stain, what caused it now?  Should I replace the board?

Any thoughts why the stain didn't last?  How best should I have it redone?  Bad batch of stain?  Or something else?

Hello, we painted our deck last year with porch paint.  Peeling off.  Husband has power washed several times to get paint off, much came off but not all. Painting contractor wants to sand, strip and then apply Woodscapes from Sherwin Williams stain, not sure if he is planning to use semi-transparent or solid.  His plan is to wait day after process then stain.  I have researched and the Woodscapes is not recommended for decks, only siding.  We want to do this right to not have same problem next year.  Our deck is on the east side of our house with minimal shade.  Husband thinks wood is treated Southern Pine, not totally sure though.  My concerns:  is Woodscapes right product? Planned process right? If not what is best to use for this circumstance and any tips such as process and waiting time to apply?  Would appreciate any help.  By the way the painter is painting the outside of our cedar house.  Long story he should have had us get stain but got mixed up with products he used and we primed boards with paint not stain.  Big mistake.

This post was modified 2 months ago by plastics
ReplyQuote

Sorry for the delay. Nothing causes it as the sap is internal and was always there. When you clean you remove a layer of wood cells and that may open up the grain so the sap may leech out.

It is normal to have to stain every 2-3 years so there was nothing wrong with the stain you used.

Sorry for the delay. Nothing causes it as the sap is internal and was always there. When you clean you remove a layer of wood cells and that may open up the grain so the sap may leech out.

It is normal to have to stain every 2-3 years so there was nothing wrong with the stain you used.

Ok, seems odd with a old deck and it was visable in March long before warm weather.

Also stain 2-3 years yes but not 5 months.  Should last longer than that.

Our Top Deck Staining Articles for 2022